Can You Shoulder Your AR-15 Pistol Brace? Short Answer: Yes.

The Bureau of Alcohol, Tobacco, Firearms and Explosives (ATF) has clarified their position about the use of pistol stabilizing braces (PSB).

Here’s a little history on where we’ve been and why this is good news for gun builders like you.

People weren’t happy. Did shouldering a weapon really mean that weapon should be reclassified as an SBR?

So, letters from the industry and from private gun owners were drafted and sent to the ATF asking them to disavow this position.

“ATF has concluded that attaching the brace to a handgun as a forearm brace does not ‘make’ a short-barreled firearm because … it is not intended to be and cannot comfortably be fired from the shoulder…Therefore, an NFA firearm has not necessarily been made when the device is not re-configured for use as a shoulder stock — even if the attached firearm happens to be fired from the shoulder.”

In the reversal, ATF declares that a PSB is “merely an accessory” and cannot be used to classify a pistol “under the statutory definition.”

A stabilizing brace is not considered an integral part of the pistol and therefore not considered when measuring the length of the weapon. This comes as good news to gun builders who have been concerned that adding a stabilizing brace, and subsequently shouldering their gun, has resulted in an “AOW” (Any Other Weapon), which is not defined as a legal pistol or revolver and is subject to the restrictions of the National Firearms Act (“NFA”).

We know, the language is ambiguous. But here is what you need to know: You can legally shoulder that pistol brace, just don’t show it off too much.

“We’ve seen the rules around shouldering an AR Pistol go back and forth over the last few years. The current guidance allows for the “sporadic,” “incidental” or “situational” shouldering of a pistol brace. While the language remains a bit ambiguous, that’s how things stand right now and we are glad to see the ATF clarify their previous position.”
– Jim Wiggins, Engineer/Manager, Bowden Tactical 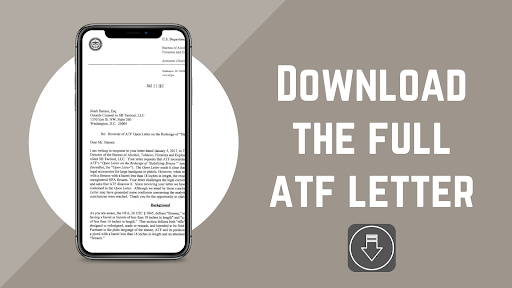 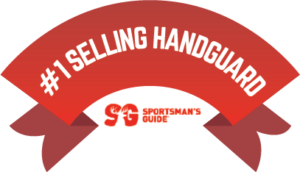